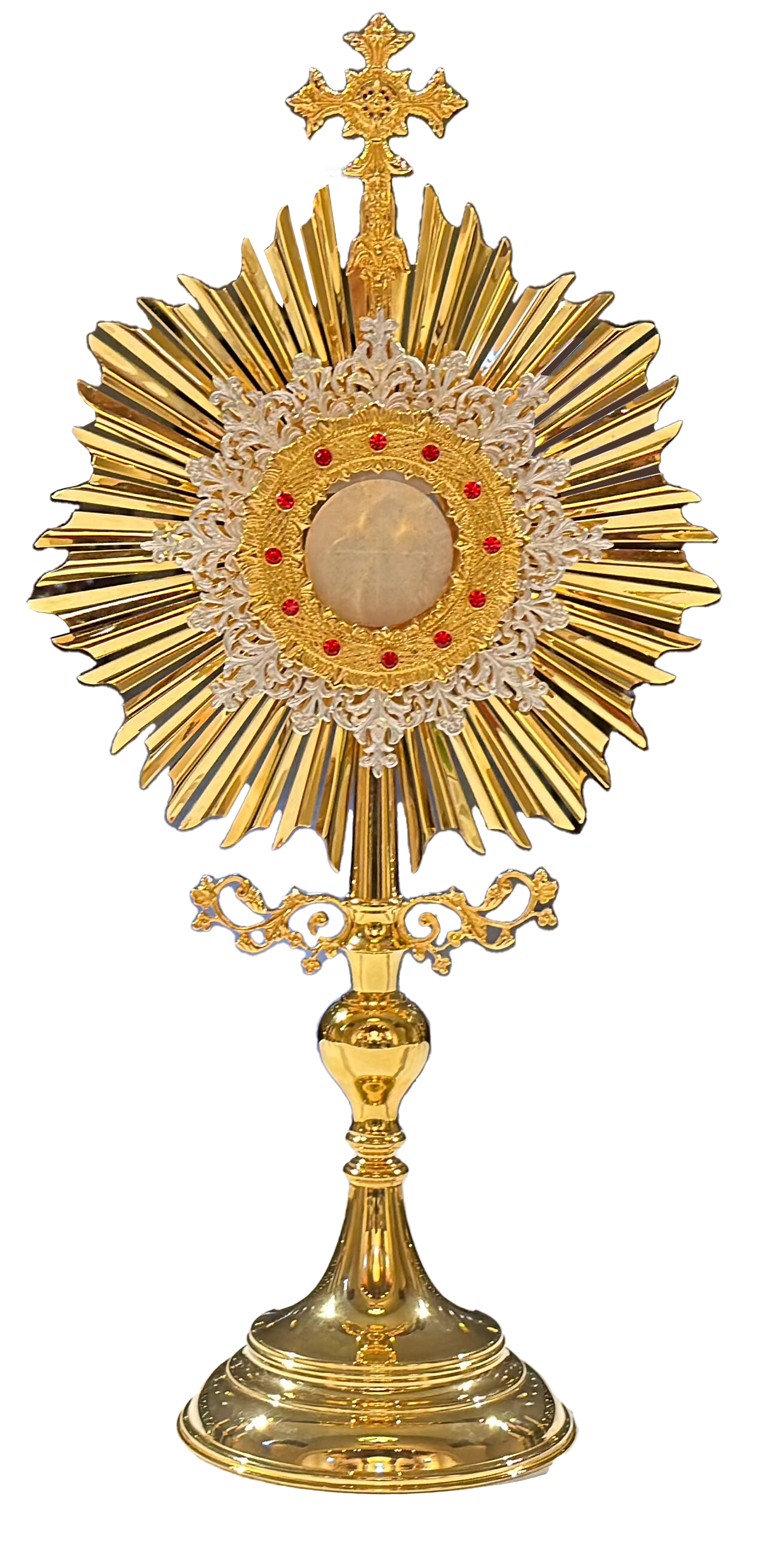 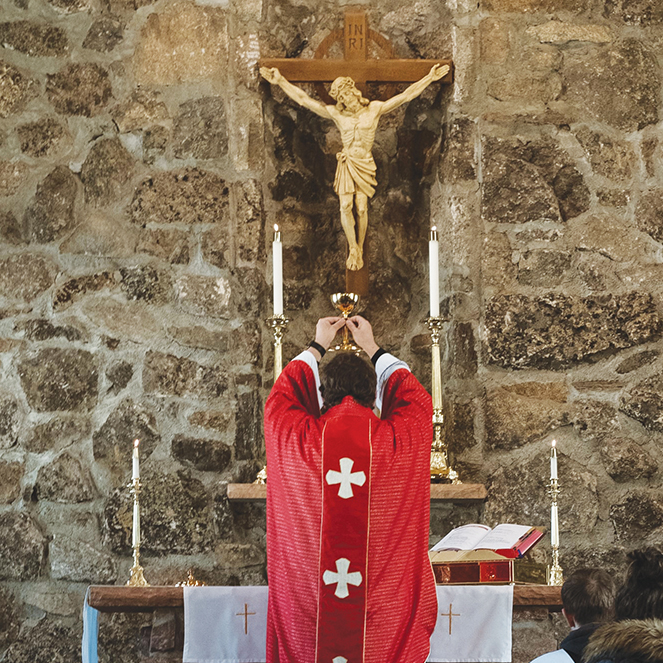 Celebrating the Mass Ad Orientem
An excerp from a Letter by Bishop James S. Wall
(Bishop of Gallup, NM) July 22, 2019

“Essentially, we can say that celebrating Mass ad orientem is one of the most ancient and most consistent practices in the life of the Church—it is part of how the Church has always understood the proper worship of God.”

Allow me now to give a brief explanation of ad orientem or ad Deum worship. Prayer and worship “toward the East” (ad orientem, oriented prayer) “is, first and foremost, a simple expression of looking to Christ as the meeting place between God and man. It expresses the basic christological form of our prayer. Praying toward the East means going to meet the coming Christ. The liturgy, turned toward the East, effects entry, so to speak, into the procession of history toward the future, the New Heaven and the New Earth, which we encounter in Christ” (Joseph Ratzinger, The Spirit of the Liturgy, p. 69-70). By facing Christ together at Mass, we can see how prayer is thus inserted into the procession of the nations to God”
(ibid., p. 76).

Some of you may be familiar with this, and perhaps have even been at Masses celebrated this way. The common way of describing such Masses is usually to say, by way of objection, that “the priest has his back to the people.” Now, while this is technically true, it largely misses the main point, which is one much grander and more beautiful:Ad orientem worship is thus a very powerful reminder of what we are about at Mass: meeting Christ Who comes to meet us. Practically speaking, this means that things will look a bit different, for at such Masses the Priest faces the same direction as the Assembly when he is at the altar.  More specifically, when addressing God, such as during the orations and Eucharistic Prayer, he faces the same direction as the people, that is, toward God (ad Deum). He does so literally, to use a phrase dear to St. Augustine, by “turning toward the Lord” present in the Blessed Sacrament. In contrast, when addressing the people, he turns to face them (versus populum).

Ad orientem worship shows, even in its literal orientation, that the priest and the people are united together as one in worshipping God, even physically with their bodies, “in a common act of Trinitarian worship…. Where priest and people together face the same way, what we have is a cosmic orientation and also an interpretation of the Eucharist in terms of resurrection and trinitarian theology. Hence it is also an interpretation in terms of Parousia [end of the world], a theology of hope, in which every Mass is an approach to the return of Christ” (Joseph Ratzinger, Feast of Faith, p. 140).

Celebrating Mass ad orientem, then, is meant to remind us of all these important factors of our faith, and, ultimately, that the Mass is not first and foremost about us, but rather about God and His glory—about worshipping Him as He desires and not as we think best. It is His work after all, not ours, and we are simply entering into it by His gracious will. In 2007, Pope Benedict spoke of just this fact in his address to the monks of Heiligenkreuz Abbey in Vienna:

“In all our efforts on behalf of the liturgy, the determining factor must always be our looking to God. We stand before God—he speaks to us and we speak to him. Whenever in our thinking we are only concerned about making the liturgy attractive, interesting and beautiful, the battle is already lost. Either it is Opus Dei [the work of God], with God as its specific subject, or it is not. In the light of this, I ask you to celebrate the sacred liturgy with your gaze fixed on God within the communion of saints, the living Church of every time and place, so that it will truly be an expression of the sublime beauty of the God who has called men and women to be his friends!”

Notice the emphasis on looking toward God together!